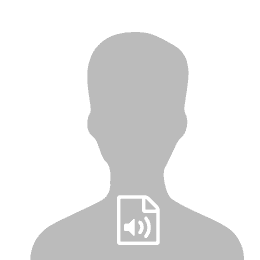 Cares for her husband

Age at interview: 66
Age at start of caregiving: 30

Shayna (66 years old) lives in an apartment close to her daughter and grandchildren. Shayna’s husband was diagnosed with multiple sclerosis (MS) when her two children were three and six years old. She cared for him for 25 years until he passed away seven years ago, just after the couple was in the process of moving closer to their children. Shayna worked as a teacher in specialized education. She is now retired and writes newspaper articles about caregiving.

Shayna was 30 years old when her husband was diagnosed with MS. Her husband received the diagnosis by phone, and she still remembers how badly this affected him mentally. After another negative encounter with a second physician, they received excellent care from a third specialist who, wisely, asked them to remain in his office and discuss things with him until they felt they had a handle on the disease.

Despite his illness, Shayna’s husband continued working as a professor, rabbi and community organizer – made possible by the support he received from his medical professionals, employer and his family. During the last three years of his illness he had to remain in the hospital most of the time. Not only was his family affected by the caregiving aspects of the illness, but others in their social network were as well, as an enormous ripple-effect of the disease. Shayna describes, for example, how stressful situations at home led to difficult situations at her work.

Shayna became a caregiver at a young age and with growing children. She had few friends and no other family members around, as they had just moved to another province for her husband’s work. Her long-term role as a caregiver has affected her in many ways. For instance, Shayna explains that caregiving has made her and her children become stronger and better people; however, she would erase this experience in a second if she had the choice. After seven years of post-caregiving life, Shayna can still feel in her body the stress that built-up during those 30 years of providing care. Caregiving also affected her career. For example, Shayna repeatedly had to refuse offers to advance in her profession, even if she would have loved to do so. Shayna knew well that she would not be able to cope with further work responsibilities, because of her family and caregiving situation.

The long time-span of Shayna’s caregiving led to family situations where they had to make decisions that were often [or sometimes] not understood by outsiders. Besides having to deal with difficult decisions and the consequences of her situation, Shayna was also confronted with painful judgemental reactions from others. She wished that those people could have been more open minded and ready to offer a helping hand to her family instead of telling her how to do things differently. Shayna was once confronted by friend who was very angry with her because Shayna was watching her husband struggle to go down the stairs. Even though Shayna would have loved to help him, she knew how important it was for him to keep this independence.

Shayna’s husband passed away in a nursing home in their new location while Shayna and her husband were moving to another province to be closer to their children. She had to rebuild her life in a new city and she realized then that she could not just pick up the pieces and take off where she used to be 25 years ago. With an everlasting positive attitude and determination, she now writes about caregiving in a newspaper to advocate for caregivers and raise awareness about their challenges.